The Police Officers of Scottsdale Association (POSA) banded together with Don’t Be a Chump, Check for a Lump to provide free breast screening to the public, and engaged KB Woods PR to help publicize it. 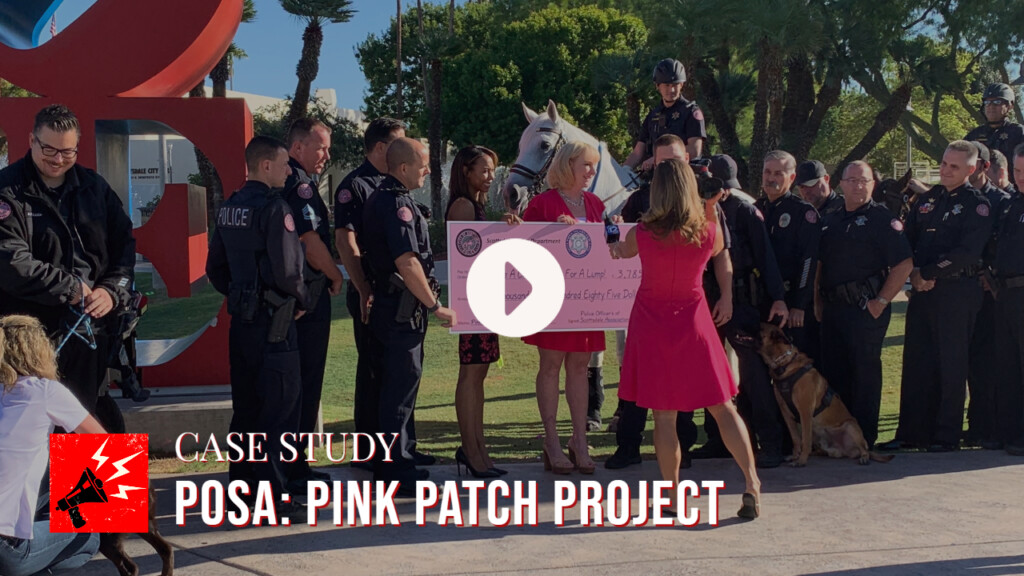 The Police Officers of Scottsdale Association (POSA) works to promote the positive role of the Scottsdale Police in many ways. Numerous Scottsdale PD officers had personal experiences with breast cancer impacting them or their loved ones, and wanted to do something for the cause. So they suggested working with the Pink Patch Project, a global-reaching organization. In partnership with POSA, the Scottsdale officers would replace their standard issue patch with a pink one instead for the month of October – and the officers themselves would pay for it, donating the funds to cancer screenings.

POSA had worked with KB Woods PR regularly, and asked the agency to help coordinate and publicize this initiative. In addition to boosting awareness of breast cancer and donating to free screenings by local nonprofit Don’t Be A Chump, Check For A Lump, KB Woods also recognized another desired outcome from the project: increasing community trust in the PD. As is the case across the country, relations between police officers and civilians (particularly in certain demographics) were strained. The officers wanted to create positive and helpful opportunities to engage with these groups and foster goodwill.

KB Woods researched how to achieve such a goal effectively, finding and learning from relevant studies like the one about police and community trust here: https://study.com/academy/lesson/police-community-relations-importance-comparisons.html. Two months before the event, KB Woods researched officers’ personal stories to share with the media, and then developed television news contacts in the Phoenix metro area. Then the team customized a personal approach with TV news representatives to secure live news coverage on the morning of October 1, 2019. 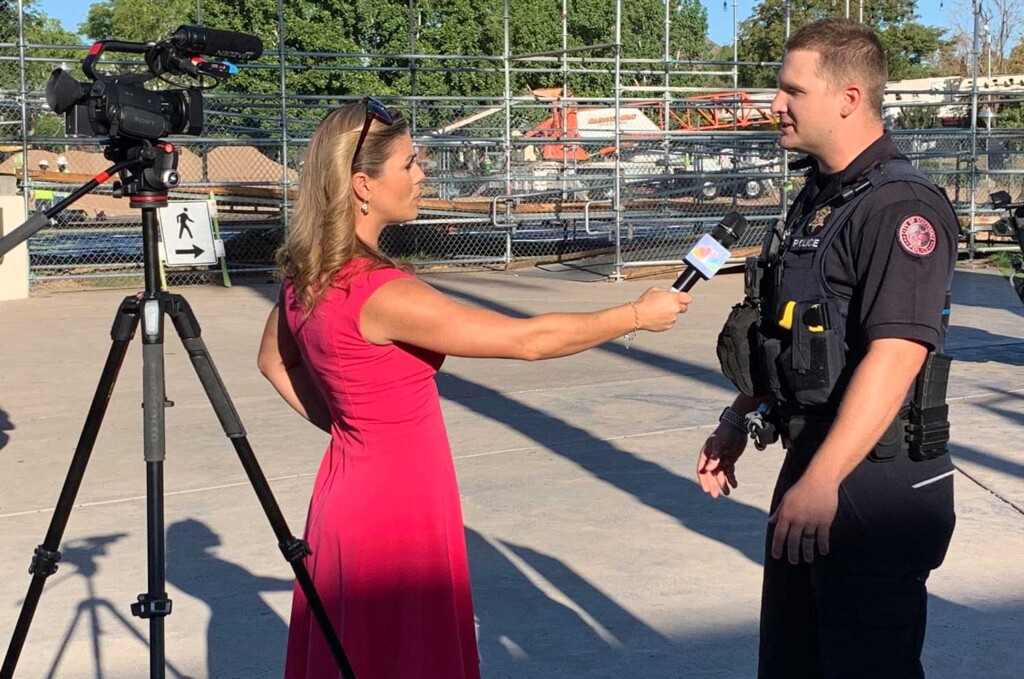 The main event of the project would be free cancer screenings in mobile bus units outside of the Scottsdale Public Library on October 1st, 2019. KB Woods PR had worked with POSA for years, giving over 75% of its services pro bono to the nonprofit, including this initiative. KB Woods began strategizing how to achieve all the outcomes POSA sought: 1) To attract participants to the one-day breast cancer screening event, 2) To help Don’t Be A Chump, Check For A Lump with a donation from patch sales and greater awareness, and 3) To build on the favorable reputation of Scottsdale Police Officers.

The main audience for this campaign was those at highest risk for developing breast cancer, typically women between 50 and 74 years of age, and secondarily women between 40 to 49 years of age. A third audience identified was the general public, specifically anyone with loved ones who could influence their friends or family members to get a screening.

POSA’s executive director Sienna Morgan and event volunteer coordinator, Scottsdale PD’s Officer Clore, spent four months in development and implementation of the citywide program, including getting approvals of patch design and usage (by Scottsdale PD), promoting sales within POSA’s membership, ordering patches and distributing them to officers. In order to reach these goals, KB Woods aimed to secure 3-4 television news stories that highlighted the efforts of the Scottsdale PD. The agency also came up with a plan to promote opportunities for third-party engagement on social media and websites, through a press release and photo/video coverage of the event. They planned to have ambassadors from all partnering organizations available for TV interviews and commentary, as well. 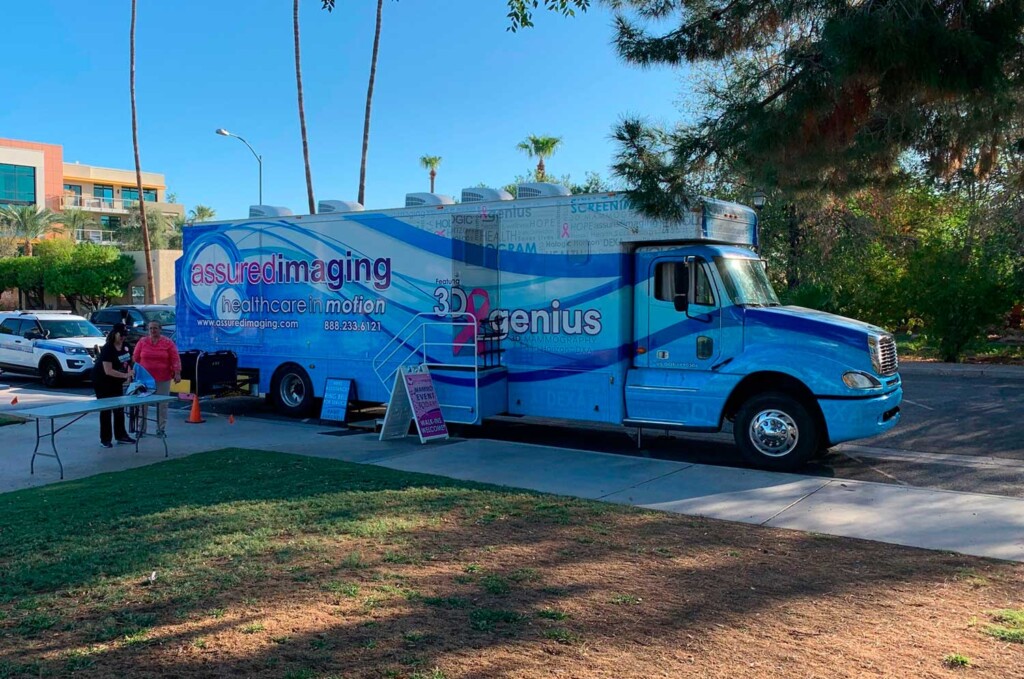 The Pink Patch Project partnered with the City of Scottsdale for this campaign. POSA then created and sold the patches and collected the money from the Scottsdale police officers. Right around $4,000 was raised and donated to local nonprofit Don’t Be A Chump, Check For A Lump, as planned. Six weeks before the event, KB Woods began presenting media coverage opportunities. With most media secured about two weeks prior to the event, the team coordinated a volunteer meeting with spokespeople in attendance.

During this event, they provided a general overview of when the media would attend, what they wanted to know and how to prepare for their questions. This gave them an opportunity to talk through scenarios, and reach a consensus on the best approach to take on a wide variety of personal backstories, and official positions by the Police Department. Because of personal health information concerns, this meeting was especially important to be sure no one divulged health information that people wanted to keep private. 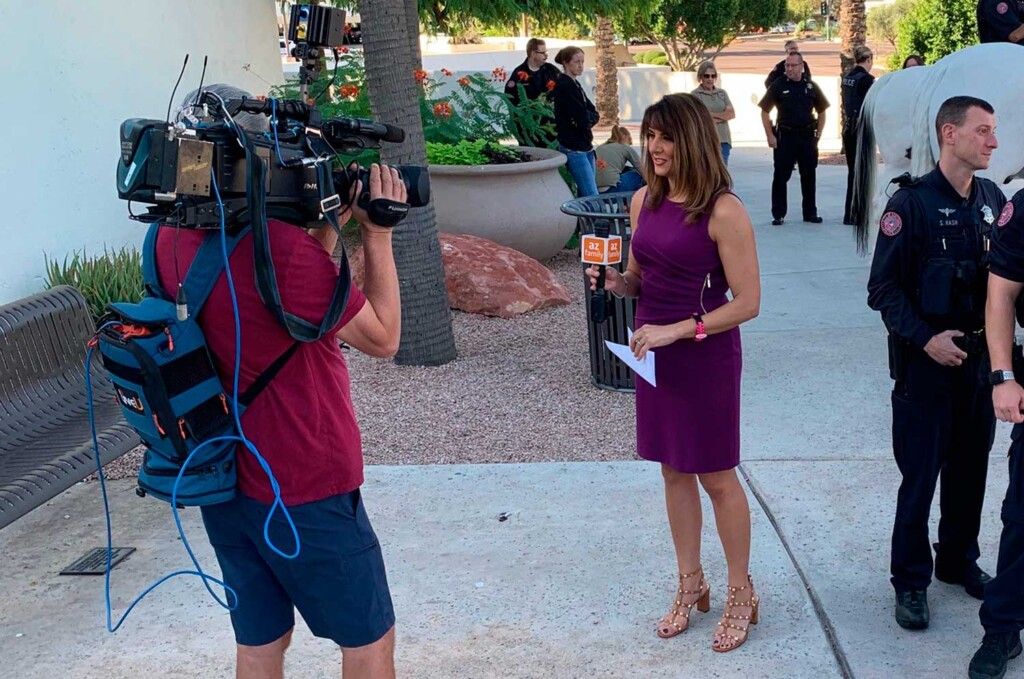 In addition to the project raising around $4,000 to be donated toward free breast cancer screenings, KB Woods PR met POSA’s goals for this event, and received excellent TV news coverage by the NBC affiliate, Fox affiliate and CNN affiliate. Two of the news stories were broadcast live, which required juggling spokespeople for interviews within tight time frames, and keeping TV stations out of one another’s lines of sight while filming. The event also received favorable follow up coverage by the non-profit, the City of Scottsdale, and POSA. Links to coverage (or articles) here: